Retrofit your home for energy efficiency with smarter lighting.

Retrofit your home for energy efficiency with smarter lighting.

With these lighting efficiency tips, you can upgrade your home easily to run more sustainably, save money and even make it safer.

You want to make your home more energy efficient, but how? If solar panels, geothermal heating and passive houses are expensive and a bigger commitment than you want to make right now, the answer is lighting. With these lighting efficiency tips, you can upgrade your home easily to run more sustainably, save money and even make it safer. 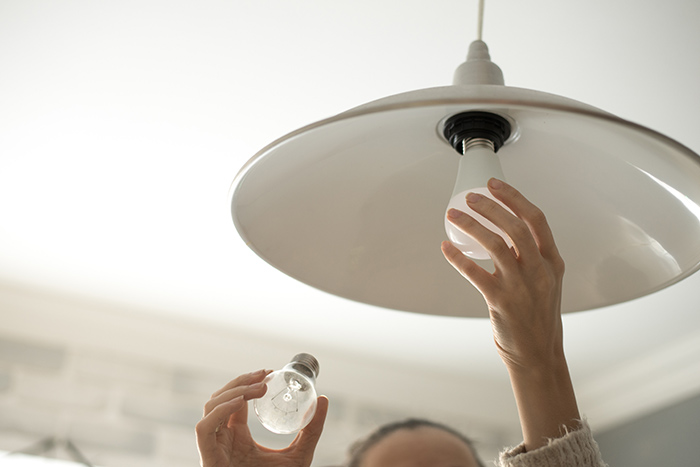 How lighting makes your home safer

We’ve said it before and we’ll say it again: A home that looks occupied is safer from intruders than one that looks vacant. One of the best ways to make your home look lived in is by keeping it illuminated.

It’s not just about security, though. Good lighting can also improve personal health and safety. 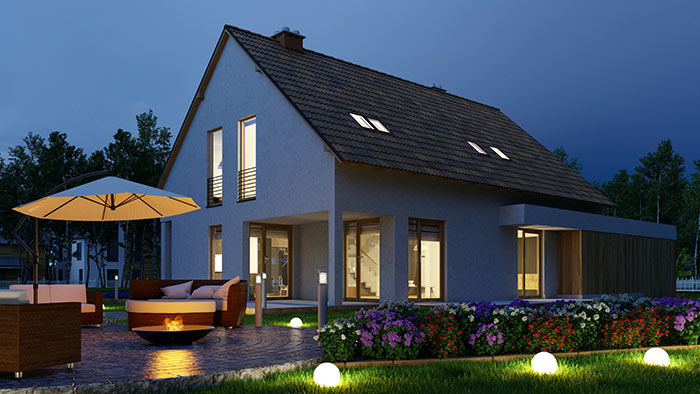 How to live more sustainably with the right lighting

Of course, all this lighting takes energy. If you’re concerned about CO2 emissions and improving your home’s energy efficiency for cost and environmental savings, the idea of leaving lights on the entire time you’re on vacation probably doesn’t sound appealing. The good news is that you can use lighting for home security without overdrawing from the energy grid. 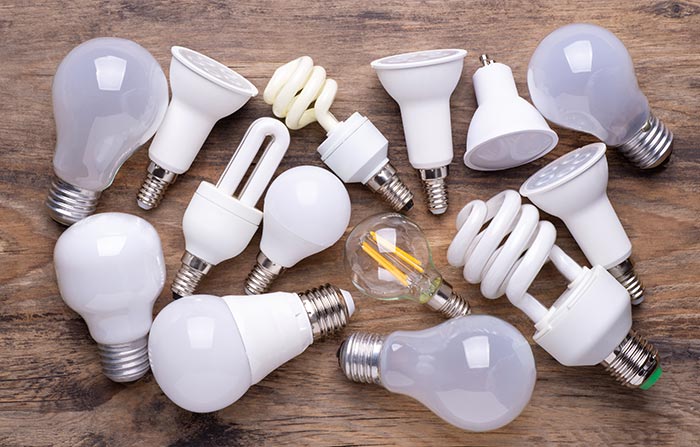 For most single-family homes, you have three light bulb options: incandescents, LED and CFL. If you’ve been doing your sustainability homework, you already know that outdated incandescent light bulbs are the biggest energy vampires of the three. A 60-watt incandescent bulb uses, well, 60 watts of energy. The CFL equivalent of the same bulb uses just 14 watts, and the LED equivalent a mere 8.5 watts. That’s a decrease of almost 86% in energy use.

LED and CFL bulbs have another advantage over incandescents: longer lifespan. According to Eartheasy, you would need an estimated 21 incandescent light bulbs for 25,000 hours of use (the equivalent of leaving the light on, non-stop, for almost three years). You can light your home for the same length of time using only 2.5 CFL bulbs and just 1 LED bulb. That translates to less trash in the landfill.

Even though these numbers give LEDs and CFLs the clear win in terms of sustainability, you might be asking about financial cost. It’s true that they’re more expensive up front. However, when you consider how much less energy they require and the lower frequency of replacement, you’ll likely still come out ahead. Eartheasy has a great breakdown of the costs and savings over time for various lightbulbs. 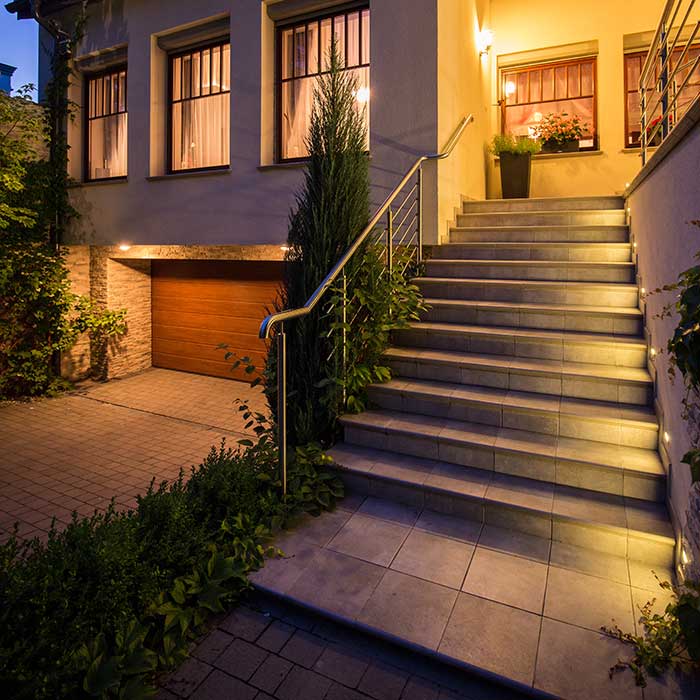 Once you have the right bulbs, you can improve your energy efficiency even more with the right lighting controls. One option for making your lighting more energy efficient is to use dimmer switches. We often think of dimmers for setting mood lighting, reducing the brightness. But dimming the lights also means they’re using less energy. Install a dimmer for greater control, using only the amount of light – and energy – you need.

A second option is to use motion sensors with your lights. These are most common outside your home, near your doors or garage. Like we said at the beginning, this can deter intruders by making them think they’ve been spotted. And because they’ll only switch on when triggered, they aren’t using energy when not needed.

Finally, and we include this because we hear our dad’s voice in our inner mind, you can go the old-fashioned route and be more mindful of your own daily habits. Remember to turn lights off when you leave the room. Open the curtains or blinds and use natural lighting as much as possible. Install mirrors strategically so that they bounce light around the room and give the illusion of more brightness. And if you’re at your desk, work bench or reading in your favorite armchair, consider tabletop lighting that illuminates only what you need to see rather than the entire room. 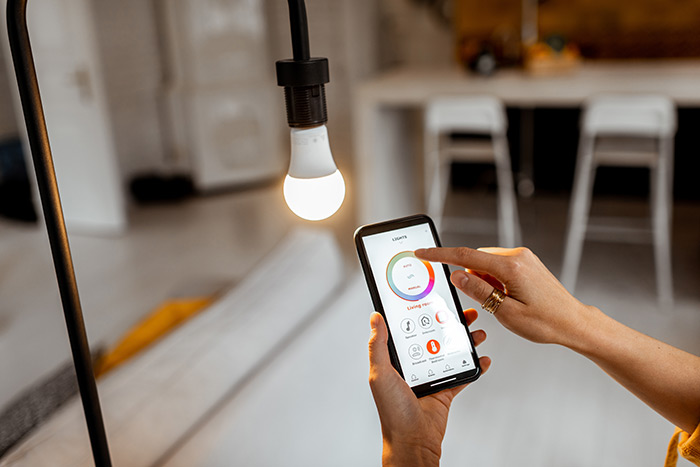 Make lighting a part of your smart home

Much like adding extra controls to your lighting can reduce energy use, so can making your lights part of your smart home automation. Including lighting in your smart routines is kind of like putting them on one of those first-generation timer plugs only much more sophisticated. For example, if you have an Evening Routine, schedule your lamps to automatically switch off at a certain time. That way, you won’t be burning through energy even if you forgot to turn something off before going to bed.

Look for smart devices that work together to make this as seamless and simple as possible. With the Leviton Decora Smart® Wi-Fi® lighting control line, you can pair lighting with the Schlage Encode™ Smart WiFi Deadbolt so that when you lock the door, the lights turn off at the same time. You can also set it up so that locking your Schlage Encode deadbolt activates Leviton’s Away Mode. The simple act of securing your door triggers your lighting to turn on and off randomly, making your home look occupied, until you return and put your system back in Home Mode.

When retrofitting your home for energy efficiency, it’s easy to get overwhelmed. How do you even get started if you want to make your home more sustainable? It’s best to take it in stages, changing minor habits you know you can maintain without major inconvenience and cost. Lighting is a great first step. When you’re ready for more, check out our tips for fixing drafty doors and other energy efficient DIYs.