Back to the future? The House of Tomorrow makes a comeback.

Back to the future? The House of Tomorrow makes a comeback.

Take a look at the homes built for the Century of Progress exhibition at the 1933 Chicago World's Fair and see how far we've come on the homes of the future.

The House of Tomorrow will have an automatic garage door! Lest you think we’ve lost our minds, this is what the Century of Progress exhibition was promoting at the 1933 Chicago World’s Fair. Nearly a century ago, the fair’s organizers designed and built a collection of homes “to demonstrate modern architectural design, experimental materials, and new technologies.” Five of those houses still stand today in Indiana Dunes National Park. 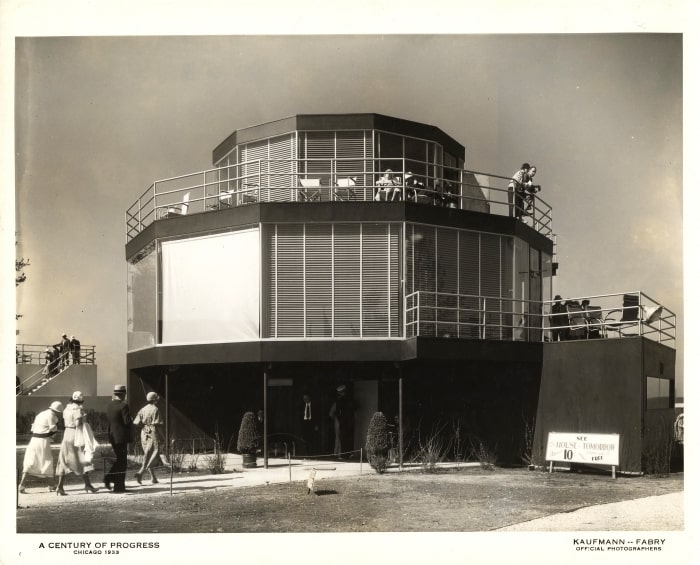 House of Tomorrow, Century of Progress Records, University of Illinois at Chicago Library.
As Chicago hosted the World’s Fair, America was struggling through the Great Depression. The financial downturn meant that new home construction was slow, multiple generations of the same family were living under the same roof and many homeowners were defaulting on their mortgages. But thanks to the exhibition, fair-goers could get a hopeful glimpse of the future and imagine better times.

A Century of Progress in housing

So what was an innovative home in the 1930s? Based on the exhibit’s surviving houses, which were transported by truck and barge across Lake Michigan to Beverly Shores, Indiana after the Fair, the future home was predicted to be made of steel, glass or indestructible artificial stone. They would promote indoor/outdoor living and go high-tech for added convenience. They might also have airplane hangars instead of garages, proving that while they got some things right, there were a few misses as well.

Take a trip to northwest Indiana and, for one day in September, you can tour four of these homes. You’ll see the Armco-Ferro House, which was designed to be mass produced with steel-panel walls. There’s the bright pink Tropical Florida House with an Art Deco flair promoting the benefits of a warm-weather lifestyle. The Wieboldt-Rostone House used that artificial stone, which in fact does wear down despite its 1930s claims. And the Cypress Log Cabin shows off a traditional, mountain home with “modern” upgrades. 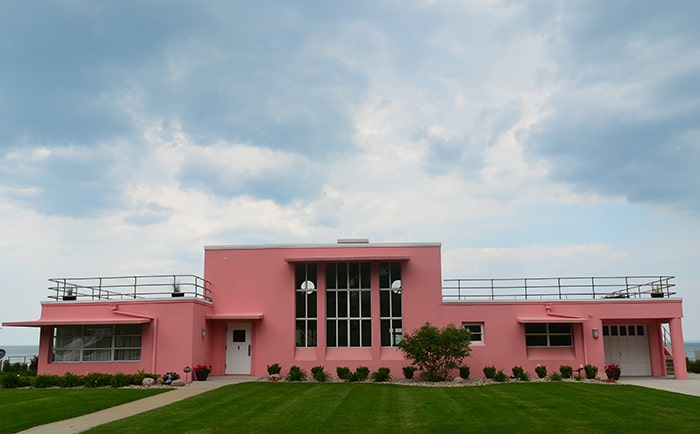 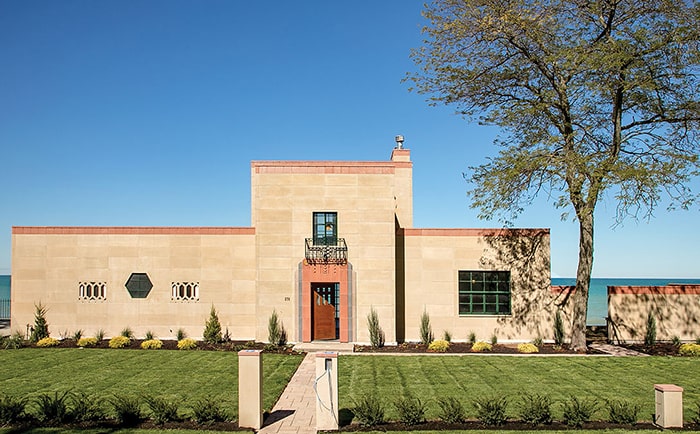 Unfortunately, long-term durability wasn’t in the houses’ design plans. They were only intended to last the length of the Fair. Predictably, they fell into disrepair after moving to the Indiana shoreline, but that started to change when they were purchased by the National Park Service in 1966.

Now on the National Register of Historic Places, they’re leased to Indiana Landmarks, which in turn sub-leases them to a unique group of individuals who are restoring them to their former – or is it future? – glory. The public-private partnership allows the residents to live in these ultimate fixer-uppers for free with the agreement that they take on the logistical and financial requirements of renovating them to the Secretary of the Interior’s Standards.

One home – the House of Tomorrow – has yet to be restored, however. This massive project, estimated to cost upwards of $3 million, will be tackled by the National Park Service and will attempt to stay true to the original design while also bringing the house up to code and making it more livable. 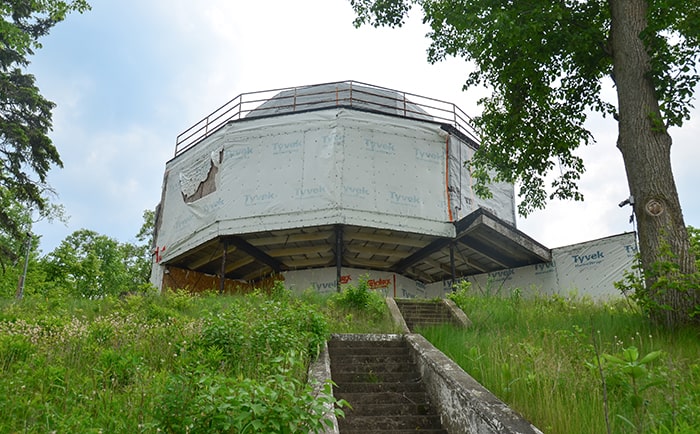 Predicting the future of housing

Which begs the question: In 1933, what did we think the future of housing would be? The House of Tomorrow featured the first residential dishwasher, “electronic eyes” to open the kitchen and garage doors and air conditioning. And of course, there was that hangar for our private plane.

What really distinguishes the house, however, was its 12-sided glass design centered around a central staircase. Its transparency is a defining characteristic and one that we’ve seen replicated in today’s modern architecture. It’s believed that Philip Johnson, architect of the iconic Glass House in Connecticut, was originally inspired by his visit to the World’s Fair. The 21st century has seen its share of glass homes around the world as well, likely stemming from this Depression-era exhibition.

George Frederick “Fred” Keck, designer of the House of Tomorrow, missed something very important with his glass structure, though, and that was temperature control. Whereas today’s glass homes counteract their transparency with triple-glazed windows, thermal grounding and other features common in passive houses, the House of Tomorrow did not take any of these extra steps. It seems that it wasn’t a cost-cutting matter; it simply wasn’t thought of. The house had a tendency to turn into an intense greenhouse. Builders stripped down to shirt sleeves while working, even during the Chicago winter. And when summer rolled around, portions of the house had to be closed to Fair visitors because of soaring temperatures.

The House of Tomorrow, today

The next version of the House of Tomorrow will take those extra precautions like adding triple-pane glass, not only for comfort but for efficiency as well. Plans include updates to the HVAC system, installing a ground-sourced heat pump and variable refrigerant-flow systems. In other words, the house will be able to heat and cool itself without breaking the bank or sucking tons of energy off the grid. And that airplane hangar? It will become a functioning garage.

When restorations are complete, hopefully within the next couple of years although it depends on funding, the House of Tomorrow will get a live-in tenant, much like the other Century of Progress Homes, and be open to the public for tours. It would be a fitting transformation, finally combining Keck’s original, hopeful vision for the future with that of the developer who moved the house across Lake Michigan with dreams of creating a resort community. Tomorrow’s dream of sustainable, innovative architecture made practical and desirable in one of the country’s most beautiful locations. And it can be ours today.

There are few better ways to see how life has changed over the decades than by looking at our homes – their style, their appliances, their technology. See a snapshot of American home life since Schlage’s founding a century ago at Schlage.com.